The evolution of the EJ Paving Brand

How we started and where we are going 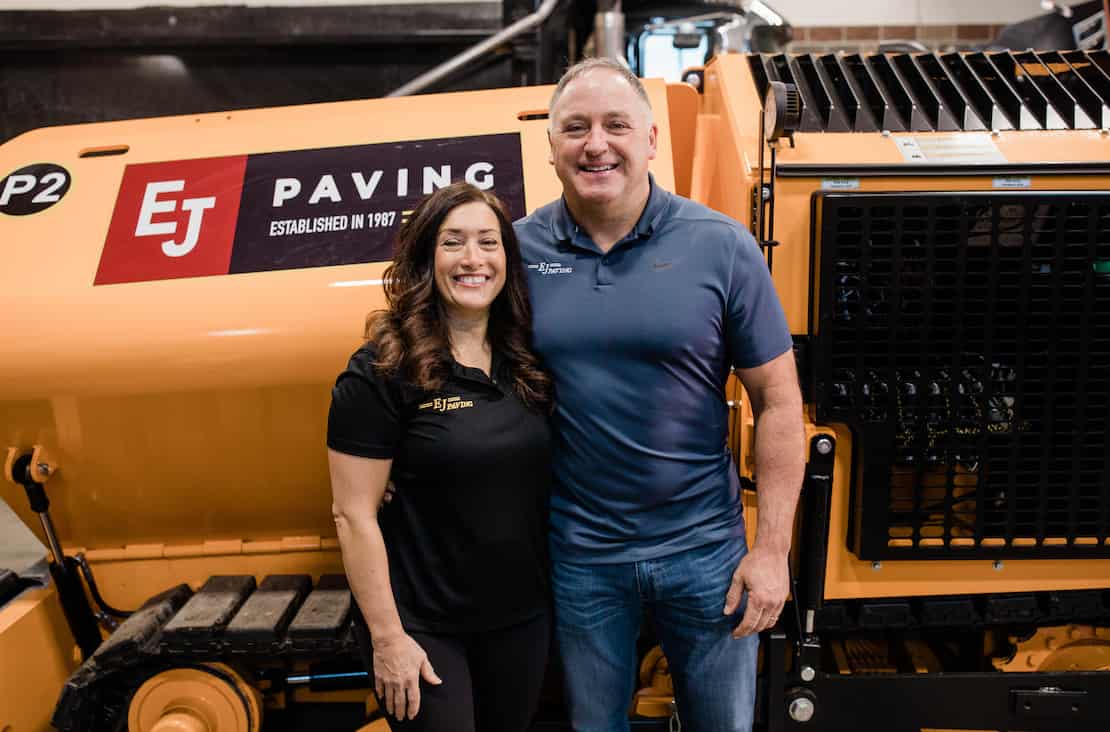 They say time flies when you’re having fun. Thirty-Four years has gone by in a blink of an eye for owner Tom Evangelista. Tom and his wife Lee started EJ Paving in 1987 with one truck and great work ethic. Fast forward 34 years and hundreds of trucks later EJ Paving has become a leading asphalt paving contractor of New England. EJ Paving was named after Tom’s father Ernest John or as his friends called him E.J. Tom grew up admiring his fathers dedication to his family and for his job as a truck driver for Warren Brothers. E.J was hardworking, honest, and a strong individual who was always smiling. E.J’s influence on his family can be seen in Tom and Tommy's approach in business today. In the early days of EJ Paving you could find both of Tom's parents (E.J and Barbara)helping with day to day operations all while watching this business grow. Tom credits the success of EJ Paving to his late parents. “Without whom this business would not be”- Tom Evangelista.

The original EJ Paving logo was created by Tom and Lee in 1987. The yellow stripes had a duel meaning. First they were meant to be seen as racing stripes as a metaphor to the speed EJ Paving operates at. The second meaning for those two yellow lines were meant to be seen as stripes in a road to tie into the paving aspect. As time progressed, the logo has always had two consistent aspects: the offset EJ and the stripes. Throughout the years the EJ Paving logo has been altered ever so slightly but always remained consistent with the logo that has been with EJ Paving for decades. As we enter 2021 we once again have enhanced our logo to reflect where EJ Paving is headed and to pay tribute to what has gotten us to this point. The new logo is sharp yet subtle. The colors have transitioned to a softer red and a warm yellow and of course the offset EJ and two stripes have remained the core elements in the EJ Paving logo. We may have a new look but we still provide the great quality our customers have known for decades, and we are here to stay!